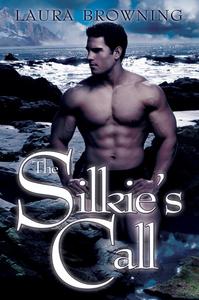 She fumbled in the dark to find her crutches.

Slowly, carefully, she negotiated the slope down to the dock. It had always been the place she came to whenever her heart was heaviest. She had come here when she was seven and her mother had just died. She had come here again when she was fourteen. Now she was back, seven years later. As she stared down into the water lapping at her toes, her gaze went to her legs. Taylor was right. You couldn’t tell, just looking at her, that her legs were next to useless.

Annabel dragged her hand across her eyes with sudden decision. Without bothering to remove the t-shirt she slept in, she dove off the end of the dock and swam out and away. At least here she felt at home, felt normal.

The deep voice startled her. Cay! She floundered. Unable to effectively use her legs to tread water, she frantically scissored her arms to regain her equilibrium. Hard fingers closed around her upper arms. He grabbed her, holding her pressed against him while he stood, his feet firmly planted on the bottom of the bay.

“Leave me alone, Cayden!” she protested, arching away from him and pushing at him with her hands. Even as her mind panicked her body reacted to him. No, not again! At that moment she hated her body even more. Even in the darkness, she saw his nostrils flare as the scent of her arousal rose up to him. She didn’t want this; it was too painful. He was in her past and he should stay there, not see her like she was, not see her as a cripple! “Go away!”